Early historical documents show that the basic structure of Turkish cuisine was already established during the nomadic period of the 6th to 11th century AD, and in the first settled Turkish states of Asia, which were descendants of the tribes who fought with the Mongols in the 13th century. Culinary attitudes towards meat, dairy products, vegetables, and grains that characterized this period still make up the core of Turkish cuisine. The importance of the culinary art for the Ottoman sultans is evident to every visitor to the Okapi Palace in Istanbul. The huge kitchens were housed in several buildings under ten domes. By 17th century, some 1,300 kitchen staff was housed in the palace.

Hundreds of cooks, specializing in different categories of dishes, such as soups, pilafs, kebabs, beverages and so on, fed as many as ten thousand people a day and, in addition, sent trays of food to others in the city as a royal favor. It was in this environment that hundreds of the Sultan’s chefs, who dedicated their lives to their profession, developed and perfected the dishes of Turkish cuisine, which was then adopted by the kitchens of the provinces ranging from the Balkans to southern Russia, and down to North Africa. The spice route, the most important factor in culinary history, was under the full control of the Sultan and only the best ingredients were allowed to be traded under the strict standards established by the courts. 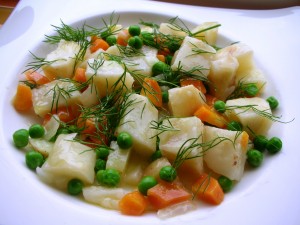 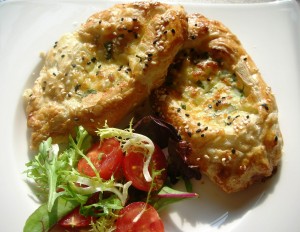 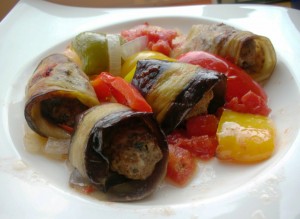 A cuisine of delicacy and richness

Turkey, with its long history of ancient civilizations, its fertile lands, and geographical setting between Asia and Europe, stretches a thousand miles from east to west, and covers an area equal to half the size of Mexico. It follows therefore that the cuisine of this country is diverse. The choice of the dishes is wide, but all have a wonderful delicacy and richness.

Istanbul is well known for the richness and diversity of its cuisine as well as for its lavish entertainments. A fantastic variety of fresh fish from the Marmara and Black Sea, local high quality vineyards and an abundance of fresh produce as varied as olives, figs, fruit and vegetables, combining with citizens from every corner of Turkey and beyond, make the list of recipes seem endless.

Turkey’s Black Sea region, where the Anatolian plateau falls through vast forests of pine, fruit and nut trees to a sea famous for its lobsters, caviar and anchovies, is justly proud of its reputation for pasta and seafood dishes.

Eastern Turkey, bordering Georgia, Syria, Iran and Iraq, with its high mountains, plains, and its ethnic mix, serves a variety of hot and spicy dishes. Using locally grown and very tasty pistachios, the eastern region is also famous for its desserts, like baklava.

The southern region, with its lacelike coastline, contributes with the mouthwatering Mediterranean dishes. Here there is an abundance of seafood, and dazzling choice of local produce including fruits, nuts, olives and vines.

Even at the center of Turkey, in the capital city Ankara, surrounded by mountains, you can still buy an impressive variety of fresh fish, vegetables and fruits daily. This is very important to the cook, as the use of frozen food is minimal. 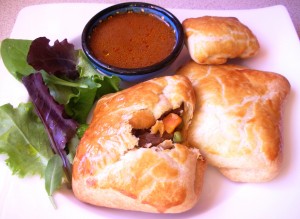 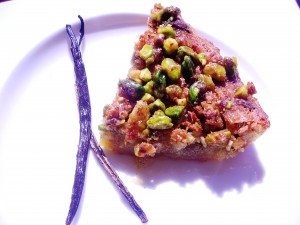 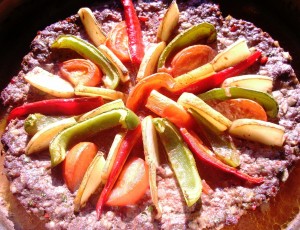 Turkish cooking takes time, effort and organization. The good news for preparation is that, you can phase your cooking in between running your errands. Most of the Turkish food freezes very well too.

In Turkey food is bought fresh daily, and each meal of the day would be taken into account, with as much attention paid to breakfast, lunch and dinner. As well as having a balance of nutrients, the food should also be appealing to the eye, and of course tasty. Turkey, with its vast forests, fertile seas, and abundant lands, produces all the food to meet to county’s needs. Her people are self-sufficient in all produce appreciate the natural goodness of organic food. Turkish cuisine is healthy and nutritious and the Turks are purist in their culinary taste; their dishes bring out the flavor of the main ingredient rather than hiding it behind sauces.

Amongst different parts of Turkish cookery, the most notable are Mezes (mouth watering appetizers, tasty dips and salads), Boreks (pastries) filled with meat, cheese, vegetables or any other filling depending on imagination; Dolmas (stuffed vegetables and vine leaves); Kebabs and Koftes (broiled or roasted meat dishes); Sebzeli Et Yemekleri (casserole type meat dishes with vegetables); Pilavs (variety of rice) and finally vegetables cooked in olive oil, “Zeytinyagli”s. This last one is particularly notable; a certain vegetable is cooked with onions and tomatoes in abundant olive oil and garnished with salt, sugar and sometimes garlic, and served cold. After such a great variety of delicious dishes, the desserts also feature heavily, ranging from traditional milk puddings to sweet pastries like “Baklava”, from stuffed fruit desserts to cakes and of course, varieties of Turkish Delight, one of Turkey’s landmarks. A meal at the Turkish table is always finished off with the famous Turkish coffee, cooked in a special long-handled pot called “cezve”.

Today in Turkey food and mealtimes is still the hub of everyday life. Always time is taken to share meals with family members or friends, to relax and enjoy conversation. Participants wish each other “afiyet olsun”, literally meaning “may you be healthy.” This is followed by a tribute to the creator of the meal, “elinize saglik”, meaning “health to your hands”. Guests are always received with the highest cordial hospitality and it is believed that no one should ever leave a Turkish table without feeling satisfied and happy! 🙂 Some Spices and Herbs Commonly Used in Turkish Cooking

Sumac : Sumac is usually sold coarsely ground and slightly moist. Its aroma is fruity and its flavor is tangy and somewhat salty, as sumac processors use salt to preserve it. Powdered sumac adds a beautiful purple color and a bright, lemony flavor to a dish. Infact, you can season food with sumac as you would with lemon or vinegar. Sumac is excellent sprinkled on grilled fish, on chicken before roasting, on avocados, or in salads with cucumbers and tomatoes. I simply love it tossed with sliced raw onion and eaten with grilled meat or Turkish meatballs. You can find sumac at Central Market and at www.tulumba.com, an online Turkish megastore.